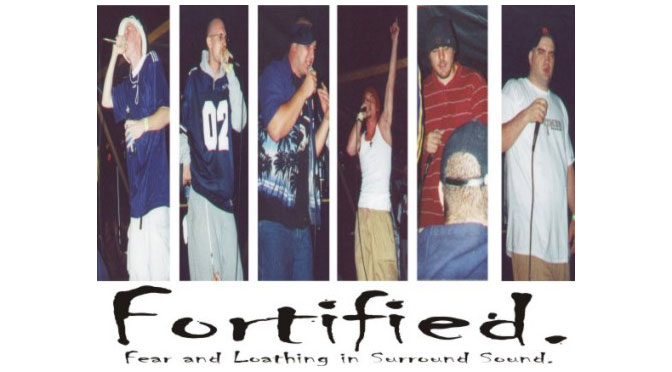 Fortified Committee was a short lived rap group that was formed in 2001 by Muskegon rappers Jeremiah the Dreamer, Dave Rawlee, Mike Smith, Jake Rockwell, Rory Deblake aka Triple Dipped, and Robbie McFly. The mixtape ended up at 9 songs and truly is a hip hop classic. Notable songs that I still remember and really care about are: Another Emcee, Solar Eclipse and 5 Emcees. Although it was short lived, I really look back at this time and think about how strong it made me as a rapper. All songs where produced by either Jeremiah the Dreamer or Mike Smith.